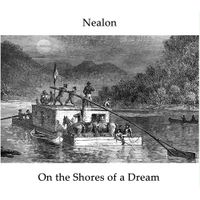 From the recording On the Shores of a Dream

The protagonist in "Might Could" teeters on the precipice of opportunity. I've been fooling around for decades with this chord progression. It was time to make a commitment to it and give our leading character a little push. It's a bit of a push for me, too, because it's my first foray into playing swing.

She slinked down the stairs with a sultry grace
Shake of her shoulders, Mona Lisa face
Invaded the sanctum of my private space

She subtly mentioned, this ingénue
While she’s out shopping there’s chores I might should do
And as the tension grew I said what I always do

She slumped down the stairs, lip in a pout
You might oughta know what would help me out
Sometimes I believe you don’t hear what I’m talking about